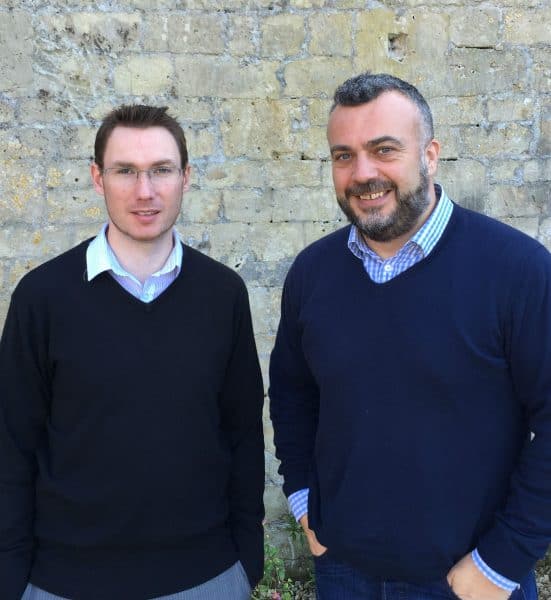 Experienced investor Martin Spiller has joined forces with IT company Systemagic to double its business over the next two years.

Systemagic, which has its HQ in Monkton Combe, near Bath, is run by Managing Director James Eades and has enjoyed steady growth and success over the last decade.

Two years ago, James met Martin, a partner with London-based financial consultancy Jenson Solutions and serial non-executive director focusing on high growth companies in the tech sector. After the pair collaborated on a number of projects they recognised there was an opportunity to work more closely to take Systemagic to another level.

After some initial discussions in 2015 Martin decided to invest personally in the South West business with the aim of helping it to develop locally and nationally.

He said: “When I met James I recognised he was a very ambitious and talented young entrepreneur who was going places. Supported by his fantastic team this is the kind of project I want to be involved in”

James said: “We’ve enjoyed steady growth at Systemagic, and the team and I are proud to have come this far particularly during the challenging economic period over the last few years. With Martin’s experience and support we believe we’re well positioned to take the business to the next level”.

Systemagic was established 16 years ago in Bath and James joined in 2002 as a junior IT technician, rising through the company to become MD in 2010. In James’ first year at the helm the company achieved a significant improvement in profits and has achieved year-on-year average growth of 30%. James was highly commended as Young Director of the Year in the Institute of Directors’ 2014 Awards, and a finalist in the Young Entrepreneur of the Year category at the 2015 Bath Business awards.  He was also featured as Leader of the Year by the Guardian in 2015.

In 2014 Systemagic won the Micro Employer of the Year in the Bristol and Bath Apprentice Award recognising the company’s ongoing commitment to developing young talent and to employing apprentices.

Today, Systemagic has a strong customer base supporting ambitious businesses which recognise the importance of making technology work for their business