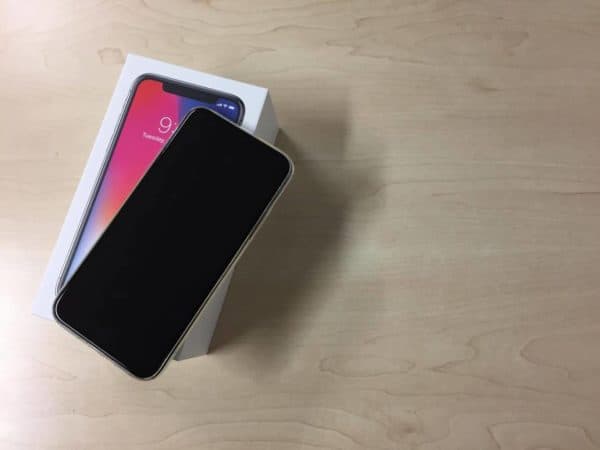 Review: We got our hands on the iPhone X

So today Apple launched the iPhone X,  the most expensive smartphone to date.   We got our hands on one this morning so if you’re wondering if it’s worth all the hype, read on…

Let’s deal first with that price tag.   The “entry level” spec for the iPhone X is a whopping £999. By the time you’ve added AppleCare (and would you risk not taking it, with a replacement costing £580 if you drop it and smash that new glass case) you’re looking at £1300.  Enough people will buy this model to justify Apple’s price tag, but there’s definitely a sense of worry walking down the street while using a £1300 device.

Our first observation after unboxing is that this thing is heavy!  Comparing to an iPhone 6, 7 or even 8, the device is much the same size but is noticeably heavier.  Hopefully this is due to a larger battery.  With the device scanning 30,000 points on your face at all times to see if you want to unlock it, this extra battery size might not translate in to longer use.

Once in to the phone everything is much the same as before.  Don’t get us wrong, this thing is FAST, but then all new phones feel faster than your previous phone.   The lack of home button means retraining your brain. Swiping up from the bottom is easy enough though.  The larger screen soon becomes something you don’t really notice.  There are still 5 rows of apps, just now spaced out a bit more than on the smaller screen. While the quality is better, very few apps make use of this.

The camera is another area of huge improvement. The new portrait mode is very clever.   If you’re a regular camera user or Instagram addict then you’ll be happy – but the cheaper iPhone 8 has many of the same functions.   You also need the time and patience to prepare each photo – if you’re a point-and-click person then you may not notice any benefit.

Lastly, the feature everyone has been talking about, Face ID.   It’s very easy to set up.  Just show it your face twice and you’re done!   It works too,  you tap the screen to wake the phone and as soon as you look at it, it’s instantly unlocked.   So far it’s worked all but once, typically when demonstrating it to someone else!

So our thoughts on this? If we had to summarise in one word it would be “nonplussed”.  The phone’s great. It’s fast, it’s clever, but it’s ultimately only as good as the apps you run, which so far don’t do anything more on an iPhone X than they did on a 6, 7 or 8.   We’re confident that apps will develop in response to today’s release, and AI, augmented reality and high definition imagery will make the phone infinitely more useful. But for now we aren’t convinced that the phone is any more useful than previous versions.